MMS007
The Checker cab is gone from the streets of New York but during its time it was the iconoclastic image of a New York City cab. It was big and roomy with checkered stripes on the sides.

MMS033
The Steam Locomotive is a train that produces its power from a steam engine. The train must carry its water either in the locomotive itself or in an attached car behind the locomotive. The steam is produced by burning coal, wood or oil. Steam engines dominated railway transportation from the early 19th century through the middle of the 20th century. 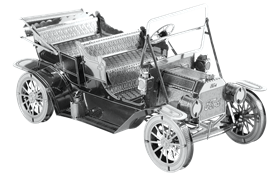 MMS051
The Ford Model T was the first automobile mass produced on moving assembly lines with completely interchangeable parts, marketed to the middle class. This car had 2 forward gears, a 20 horsepower engine and no driver doors. 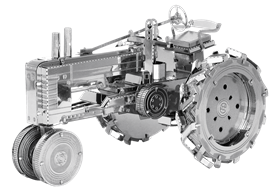 MMS052
Is a simple open vehicle with two very large driving wheels on an axle below and slightly behind a single seat with the engine in front of the driver and two steerable wheels below the engine compartment. This basic design has remained unchanged for many years.