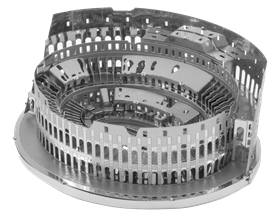 ICX025
This massive stone amphitheater was commissioned around A.D. 70 by Emperor Vespasian as a gift to the Roman people. In A.D. 80, his son Titus opened the Colosseum with 100 days of games, including gladiatorial combats and wild animal fights. The colosseum remained in use for more than four centuries. 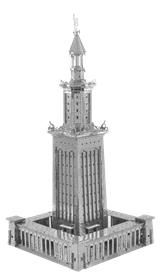 ICX026
Was built on the island of Pharos between 280 and 237 BC. The lighthouse stood between 394 and 449 feet tall and was considered to be one of the seven wonders of the ancient world.

ICX027
Is a temple of The Church of Jesus Christ of Latter-day Saints located on Temple Square in Salt Lake City, Utah, United States. The temple took 40 years to build and was dedicated in 1893. 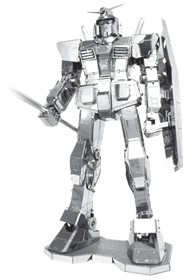 ICX101
Gundam is the titular mobile suit of Mobile Suit Gundam. The Gundam was incredibly advanced for its time. Built from lightweight Luna Titanium Alloy, its frame was both lighter than that of Zeon's mass-produced mobile suits and much sturdier, able to shrug off a Zaku II's machine gun fire with little to no damage. Its offensize power was above and beyond that of the Zeon Zakus.