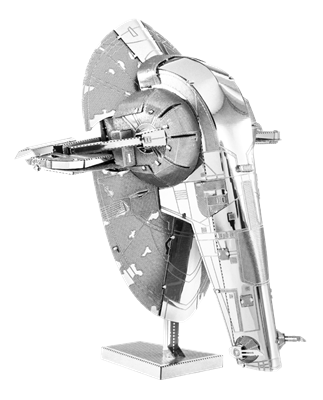 The deadly Slave I was infamous for its association with Jango Fett, a bounty hunter in Mandalorian armor. Fett packed the craft with weapons, from laser cannons and projectile launchers to seismic charges. After Jango's death, Boba Fett refitted Slave I and made it his own. A generation after his father's death, the distinctive craft remained the last thing fugitives wanted to see on their scanners.
**Formerly known as SLAVE 1**
$0.00